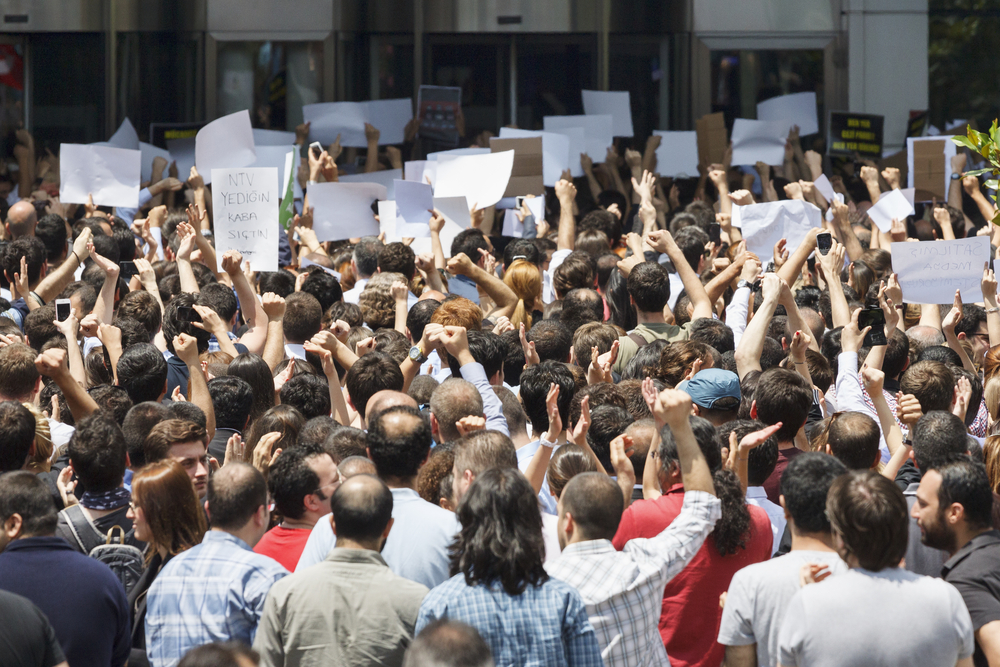 Poland could come under special EU monitoring, amid growing fears that a new media policy rushed through parliament threatens the rule of law and will gag journalists.

The European Commission announced on Monday it would hold a political debate among senior officials on January 13 about the rule of law in Poland.

END_OF_DOCUMENT_TOKEN_TO_BE_REPLACED

Tens of thousands of protesters poured into Warsaw’s streets on Wednesday for a demonstration organised by the far right, marching under the slogan “Poland for the Polish” and burning an EU flag.

Police said 25,000 people joined the march, which marked the anniversary of Poland’s return to independence after the First World War, while organisers put the numbers at 50,000.

END_OF_DOCUMENT_TOKEN_TO_BE_REPLACED

An 84-year-old British woman who lost her parents and 50 other members of her extended family during the Holocaust has recalled her experiences of the Nazi death camps at the trial of a former SS guard charged with complicity in the murder of 300,000 Jews.

Susan Pollack, who lives in London, stared directly at judge Franz Kompisch as she answered questions about her time in Auschwitz and Bergen-Belsen and ignored 93-year-old defendant Oskar Gröning, who watched impassively.

END_OF_DOCUMENT_TOKEN_TO_BE_REPLACED

WARSAW, Poland (AP) — A U.S. army infantry convoy is driving through eastern Europe seeking to provide reassurance to a region concerned that the conflict between Russian-backed rebels and government forces in Ukraine threatens its security.

The U.S. “Dragoon Ride” convoy is attracting interest and greetings from people along its route. It started last week from Estonia and passed through Latvia and Lithuania before entering Poland on Monday.

END_OF_DOCUMENT_TOKEN_TO_BE_REPLACED

(Reuters) – The CIA misled the White House and public about its torture of detainees after the Sept. 11 attacks and acted more brutally and pervasively than it acknowledged, a U.S. Senate report said on Tuesday, drawing calls to prosecute American officials.

The Senate Intelligence Committee’s five-year review of 6.3 million pages of CIA documents concluded that the intelligence agency failed to disrupt a single plot despite torturing al Qaeda and other captives in secret facilities worldwide between 2002 and 2006, when George W. Bush was president.