In January 2015 a group of Haitians surrounded the New York offices of the Clinton Foundation. They chanted slogans, accusing Bill and Hillary Clinton of having robbed them of “billions of dollars.” Two months later, the Haitians were at it again, accusing the Clintons of duplicity, malfeasance, and theft.

END_OF_DOCUMENT_TOKEN_TO_BE_REPLACED

Hurricane Matthew has reopened the debate over whether Secretary of State Hillary Clinton and the Clinton Foundation provided true disaster relief for the people of Haiti after the 2010 earthquake or mostly enriched themselves at the expense of the suffering Haitian people.

Crossing Haiti with a vengeance, Hurricane Matthew last week killed 877 people in the impoverished island nation and left tens of thousands homeless. It also reignited a cholera outbreak that has killed another 17 people as floodwater mixed with sewage.

END_OF_DOCUMENT_TOKEN_TO_BE_REPLACED

No criminal charges have been brought in the matter, which the officials said appeared to have been a serious accident rather than an intentional conspiracy. But officials say the cocaine wound up being sold on the streets in the United States.

END_OF_DOCUMENT_TOKEN_TO_BE_REPLACED 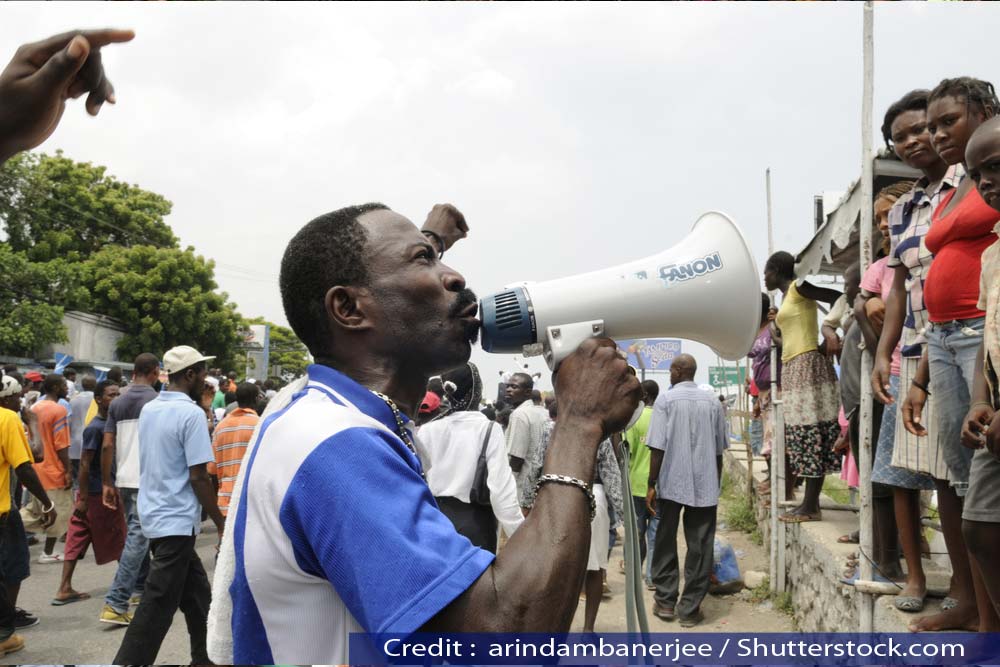 A former Haitian coup leader wanted by the United States for smuggling cocaine called on his supporters on Sunday to resist “anarchists” who forced a presidential election to be canceled, in a sign of deep polarization that could lead to more unrest.

The former rebel, Guy Philippe, called for counter protests and said he would not recognize any transitional government put in place when outgoing President Michel Martelly leaves office on Feb. 7 unless it was representative of the provinces.

END_OF_DOCUMENT_TOKEN_TO_BE_REPLACED

For four years, Haiti’s President Michel Martelly refused to hold elections. He stripped the country of all but 10 of the thousands of constitutionally mandated elected officials and appointed friends and supporters in their place. Now, as his five-year term nears its end on Feb. 7, Martelly is scrambling to put in place a new president loyal to him and his so-called Haitian (PHTK) “Bald Headed” Party.